Nipple Sparing Mastectomy and One-Stage Breast Reconstruction By Shareef Jandali M.D. on May 27, 2013

Nipple sparing mastectomies remove the inside of the breast (glandular breast tissue), but leave all of the breast skin including the nipple and areola intact.   If the tumor is small and far enough away from the nipple and areola, a patient may benefit from this procedure.  This technique works best for women with an A, B, or C cup size breast.  In addition, it is best performed in women with non-ptotic (non-sagging) breasts.  It can however also be performed in women with large D cup size breasts or sagging breasts, but in these cases, the nipple first needs to be completely removed during the mastectomy and reapplied as a nipple graft.  This method takes a little bit longer to heal but does maintain the original nipple texture and areola color.

Dr. Jandali uses two different incisions for nipple sparing mastectomies, depending on the size and shape of the breast.  One incision starts just above the areola and then curves around the nipple to the side of the breast.  This scar camouflages nicely and can't be seen when wearing a bikini or bra.  The other incision used is one that is in the fold underneath the breast.  This scar is slightly longer than the scar for a typical breast augmentation and heals very nicely.

The nerves supplying sensation to the breast skin and nipple come through the breast tissue to get to the surface.  Therefore, the majority of these nerves are cut during the mastectomy when the breast tissue is removed.  In the immediate period after a nipple sparing mastectomy, most women are numb on a lot of the breast skin, including the nipple.  Over the next few months, many women regain sensation in the skin of their breasts and nipples.  However, some women can have permanent patches of numbness on the breast skin.  Most women lose the erectile function of the nipples and they do not get larger or protrude when cold or stimulated.

Nipple sparing mastectomies are a good option for women who test positive for the BRCA1 or BRCA2 breast cancer genes.  These women have a high lifetime risk of breast cancer (50-80%) and often elect for bilateral prophylactic mastectomies in their 20’s, 30’s, and 40’s.  This effectively decreases their risk of developing breast cancer to under 5%.  Considering that these women do not yet have cancer, nipple-sparing mastectomies are often performed in these individuals with implant reconstruction to give the best cosmetic outcome.  Although the nipples often lack sensation and are not as protuberant after surgery, the original nipples are almost always a better cosmetic result than reconstructed nipples if they had been removed.  (If nipples are removed during a mastectomy, they are reconstructed at a later stage using a small flap to make the protuberant part of the nipple and tattooing or skin grafting to restore the darker color of the areola.) 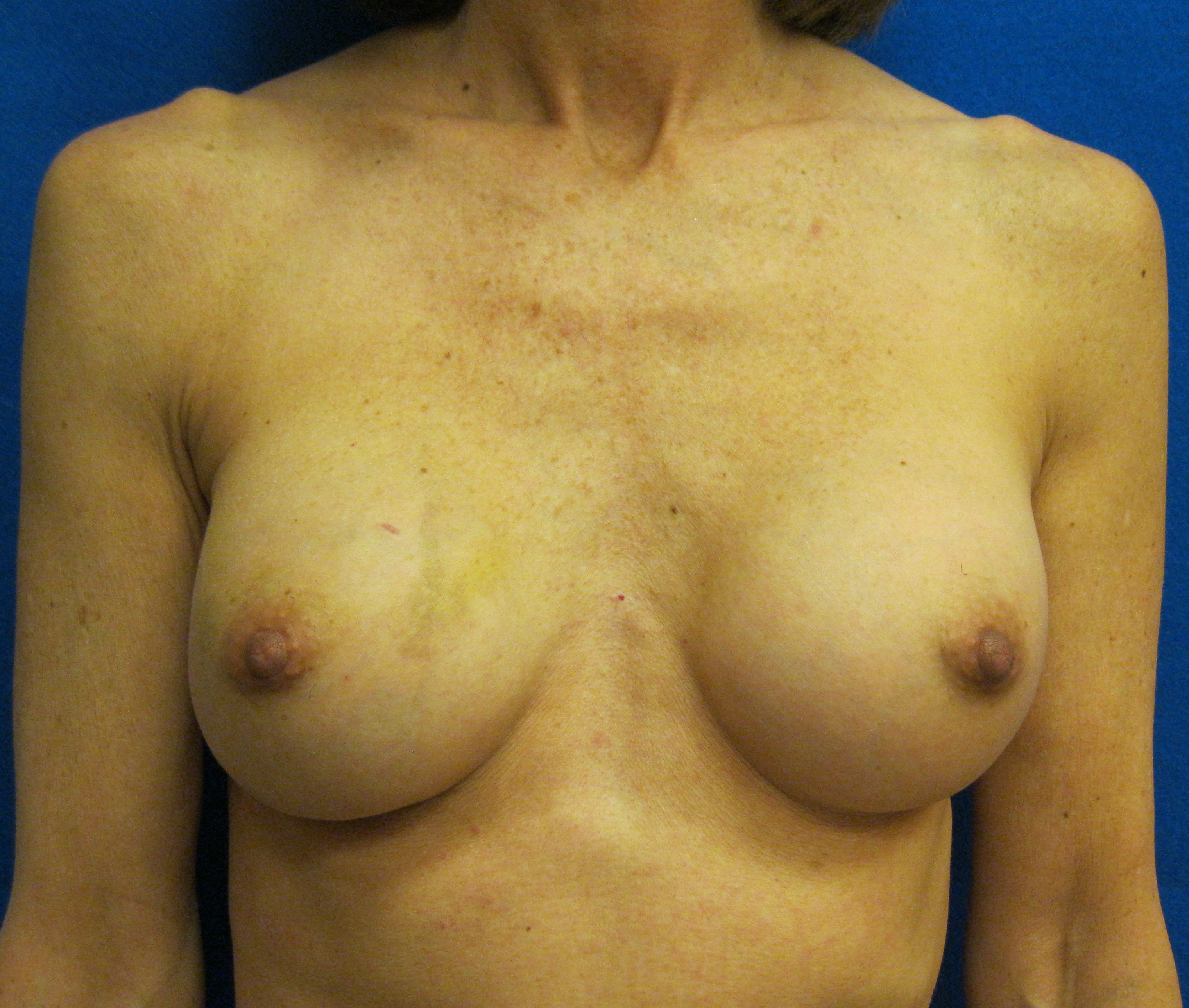 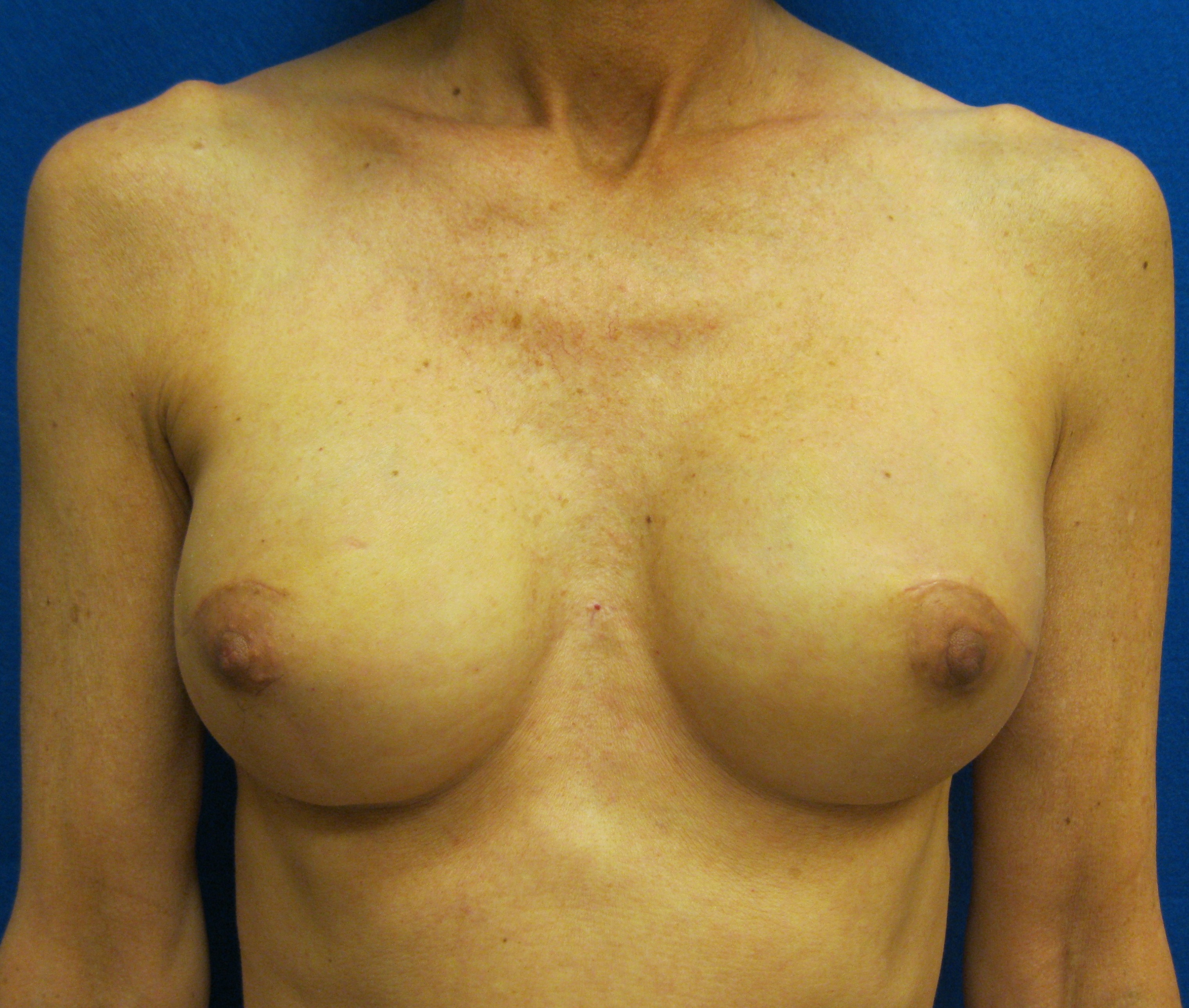 Patient from Fairfield Connecticut after One Stage Breast Reconstruction 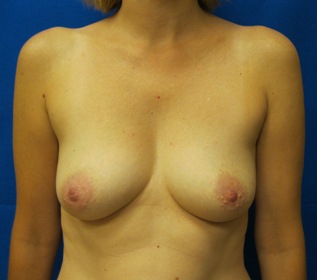 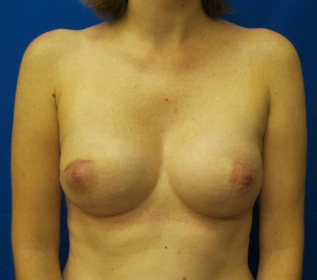 If you or a friend or relative in Connecticut or New York has been diagnosed with breast cancer and are interested in one stage breast reconstruction, schedule a consultation with Board Certified plastic surgeon Dr. Shareef Jandali today.  Call 203-374-0310 to set up an appointment.  We look forward to caring for you.