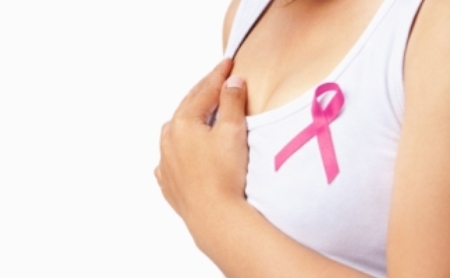 DIEP flap stands for Deep Inferior Epigastric Perforator flap. This is a flap using the lower abdominal tissue that is normally removed during a tummy tuck. It is used for breast reconstruction after a mastectomy.  It is a way to reconstruct the breast using a patient's own tissue (fat) instead of using a tissue expander or implant. This is the most advanced flap from the abdomen to reconstruct the breast, since it takes no muscle and only the skin and fat from the abdomen.

Timing of a DIEP Flap

A DIEP flap is usually performed for immediate breast reconstruction, which means at the same time as the mastectomy is being performed. However, a DIEP flap is often performed months to years after a mastectomy, for any of the following reasons:

During the procedure, the lower abdominal tissue from the umbilicus down to the pubic area is removed as a flap along with the small blood vessels that supply the tissue with blood flow. This specialized surgery is only performed by trained microsurgeons since the blood vessels are only a few millimeters in size. Dr. Jandali trained at the University of Pennsylvania, where over 400 free flaps for breast reconstruction are performed yearly. Dr. Jandali's microsurgical team is one of only a few groups performing DIEP flap breast reconstruction for patients in Southern Connecticut.
At the same time that the DIEP flap is being raised, the breast surgeon is usually performing the mastectomy and removing all breast tissue. If it is a delayed reconstruction months to years after a mastectomy with an implant already in place, the old scar is opened and the implant is removed. If it is a delayed reconstruction without any tissue expander or implant, then the skin is elevated to create a space for the flap.
There are small blood vessels in between the ribs which are then dissected and will be the blood supply for the flap. After these are exposed, the flap of skin and fat is brought up to the chest and prepared for microsurgery. A microscope is then used to first hook together the vein and then the artery from the chest vessels to the flap vessels. This restores blood flow to the flap to keep the tissue alive.  The flap is then secured to the chest to finish the reconstruction. A drain is placed in the breast which is removed in the office. A monitoring device called Vioptix is placed onto the flap in order to continuously check blood flow to the flap.

After the flap is connected to the new blood supply in the chest, the abdominal incision is closed in the same way that a tummy tuck would be performed. The abdomen is much flatter with a better contour after a DIEP flap.  Two drains are placed, which come out in the office 1-2 weeks after the surgery.  The umbilicus, or belly button, remains in the exact same position and only has a small scar around it.

DIEP flaps are muscle-sparing procedures, where absolutely no abdominal muscle is removed. This means that after healing, there is no abdominal weakness and a much lower risk of an abdominal bulge.  Patients can return to any exercise without any difference in core strength.

Contact Us for DIEP Flap Breast Reconstruction in Connecticut

If you are interested in DIEP flap breast reconstruction in Connecticut, come visit our plastic surgery office in Fairfield County, Connecticut.  Call 203-374-0310 to set up a consultation with Board Certified plastic surgeon Dr. Shareef Jandali.  We look forward to seeing you.